Over the last few weeks, I've been delighted to see Nick from Physmo release more screens from their forthcoming game titled The Dungeoning.

Physmo have a growing reputation for releasing quality games, with Mos Speedrun, GhostRacer and Seaglass already under their belt. The Dungeoning is looking splendid so far but when Nick told me this was a Roguelike platformer, I almost cried tears of pure ASCII joy.

The Dungeoning is currently deep in development for PC and Mac, and Physmo have announced the game will feature a variety of weapons, projectile-based magic, levelling up and - most importantly - permadeath.

No release date has been announced yet but The Dungeoning is definitely one to keep your eye on. In the meantime, gaze at this small selection of screens from the current build and head over to the official Physmo site for more information. 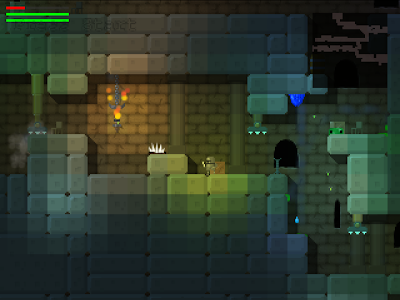 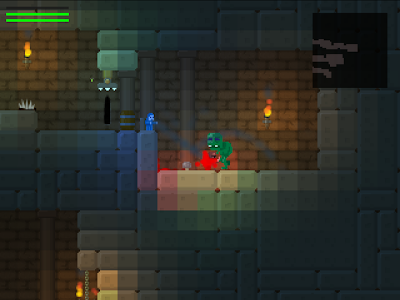 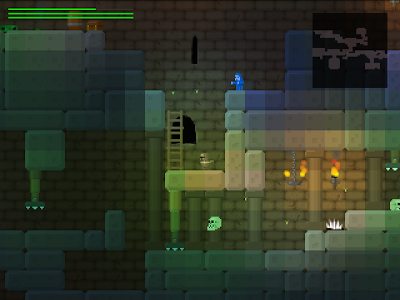 I'm Scott Munro - a music journalist based in Glasgow. In a previous life, I wrote game reviews, previews and interviews for a variety of newspapers and websites: the Daily Record, Sunday Mirror, Evening Times, IGN, Gert Lush Gaming and Game People. This blog started in 2008 as a way of featuring games that interested me - I'm now compiling all my old material and archiving it on the site. New posts soon!

Looking for a game?

The Circling Deep
Blanket of Rock

A New Nature
Esben and the Witch